LIVE AT THE BEDFORD 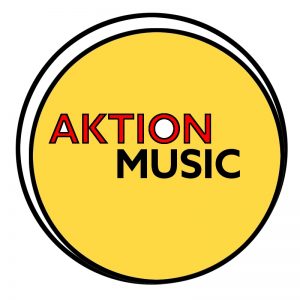 Having played major music festivals, including the legendary Isle of Wight Festival in 2018 and 2019, they have received airplay from major radio stations such as BBC Radio (UK) and Radio Rock (Brazil), the band continue to capture the public’s imagination offering music which is genuinely new and exciting.

Their blues chart hit singles include the critically acclaimed “Hurricane” which captured the blues scenes imagination upon release in 2019.

Adam Rigg was featured as Orange amps “Voice of the blues” in June 2019.

Originally from Northern Ireland, Cíara Rafferty is based in London and part of the growing Country and Americana scene in the UK.

Cíara has featured in ‘Whispering’ Bob Harris’s ‘Under The Apple Tree’ live sessions and played gigs at Country to Country festival at The O2 Arena, Black Deer Festival and Ramblin’ Roots Revue. She has had radio play on BBC Radio 2, BBC Radio 4, BBC London, Talk Radio and Chris Country, with Baylen Leonard describing her music as ‘absolutely lovely’. Cíara has also sang a cappella live on Sky One’s “Sing”, sharing the stage with Imelda May.

Cíara’s new EP ‘Wild’ is out now on all streaming platforms. She is also currently writing and recording an album of new material.

Imagine KD Lang, Grace Jones and Jack White at church, then imagine them at Fight Club.

With roots going back to the mountains of Haiti and to the hills of Tallahassee Florida, DeLila Black sings tales of love, longing, betrayal and vengeance Welcome to ‘Country-Noire’.

Having recorded with the late Mr. Tom Paley. DeLila went on to create music visuals that have captured the eye of producer Tony Visconti.

Jumping from traditional to modern and back – DeLila creates her “Electro-Mountain” sound accompanied by The Life And Death’s, Justin Buckley on guitar.

Helena Deans is a Danish-Scottish singer and songwriter. Her music draws influence from Jazz, R&B and Traditional Soul. Since releasing “The Gasoline EP” in December 2017 and “Phobia” in 2018 she has been making a name for herself around the London music scene playing solo and with her new live trio, blending Jazz Fusion with contemporary R&B. Deans is currently recording her next singles to be released later in 2019.

Sign up for news & offers from Three Cheers Pub Co