If you like comedy you’ll love Banana Cabaret at The Bedford. London’s longest running comedy club in one venue, Banana Cabaret has played host to the best of the best, from Catherine Tate to Eddie Izzard, Michael McIntyre to Micky Flanagan. If you’re funny, you’ve rocked the iconic Club Room.

Catch the brightest stand-up stars and up and coming comedians every weekend. Doors open at 7pm, shows start at 9pm. Tickets cost from £14 (plus online booking fee). To see the latest line up and buy tickets in advance click here. Standing tickets are available on the door on the night.

The renowned Balham Comedy Festival returned to The Bedford 5th – 13th July 2019. We saw some of the biggest names in comedy from Ed Byrne to Al Murray and Shappi Khorsandi performing fresh sets ahead of their Edinburgh shows and upcoming tours. Keep an eye out for next years festival here.

“One of the few truly great comedy clubs in the UK.”

“The Banana Cabaret is a colossus of London Comedy.”

“One of the finest and most respected comedy clubs in the country, I’ve played the club dozens of times and always have an absolute blast”

“The Banana is up there with The Comedy Store – best Comedy Clubs in London.” 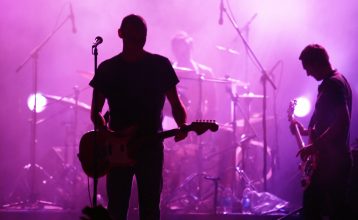 Sign up for news & offers from Three Cheers Pub Co